Well, yesterday was our first Martian Empires game of the year, played at our favorite local hangout, Treefort Games in Fayetteville. We had a pretty good turnout with some 11 players.
Game was fought on a 12x6 foot table.

Scenario for the day: The Guns of Navri.
Prince Tremel has recently asserted dominance over the local canal traffic through the purchase and use of several American siege guns stationed at one of his forts. As his treasury grew
through imposing his new tax, so did concern from several parties, chief among them Emperor
Danh Din, the local Hob Nob in the area. The Emperor was ready to tackle the upstart Despot Tremel on his own, but word had come down that the Despot had also hired the services of several
Earthling renegades such as Captain Smythe , Captain Dumas and Lt John Steele.
"Hmmm, inferno machines no doubt. Best to let the outsiders deal with their own"
With diplomatic flair, the Emperor soon engaged the aide of the German and British missions. 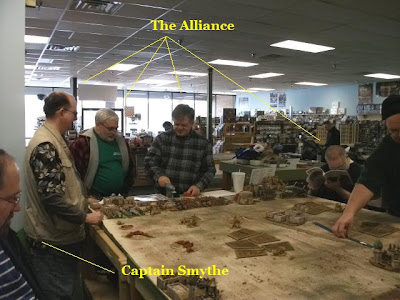 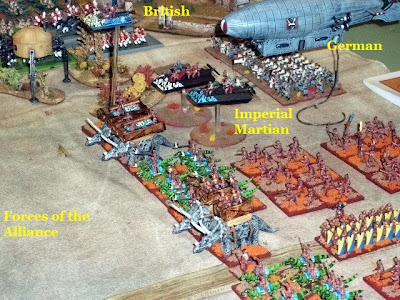 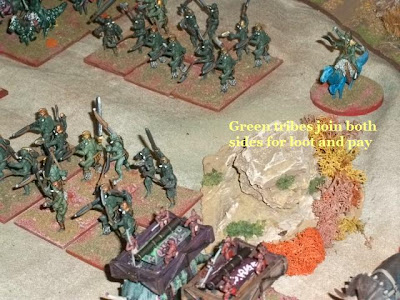 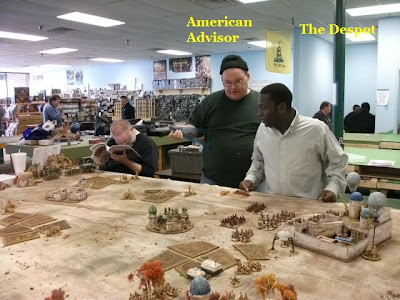 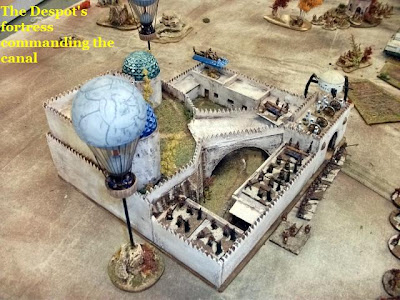 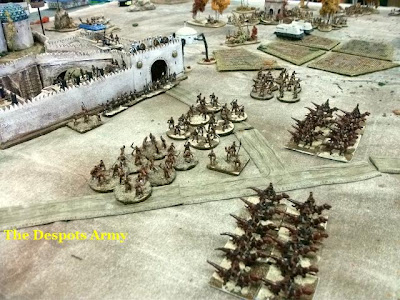 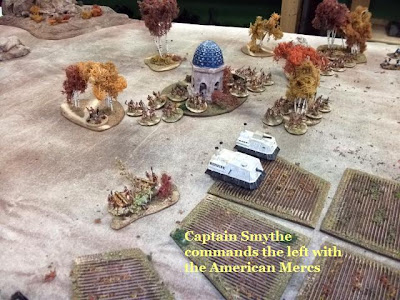 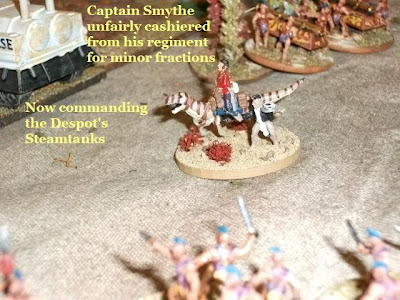 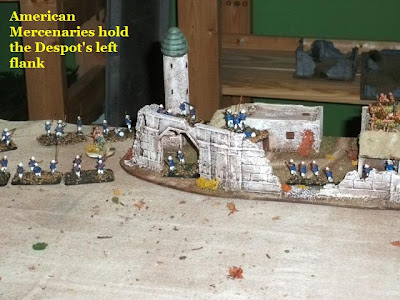 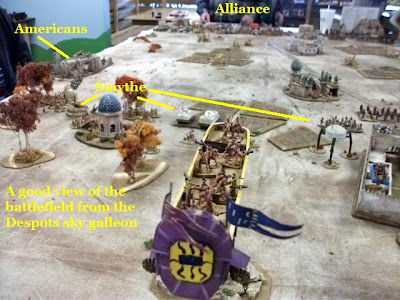 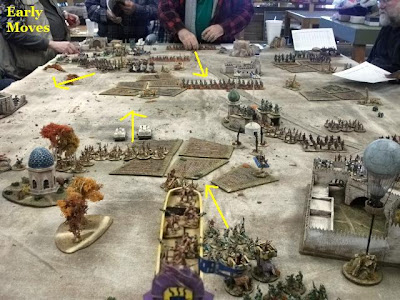 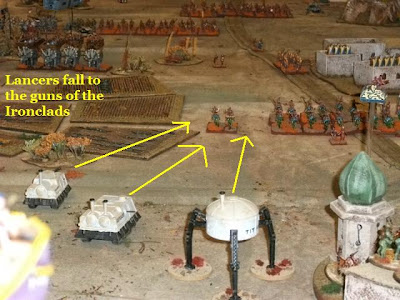 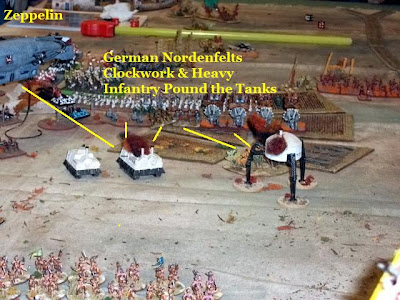 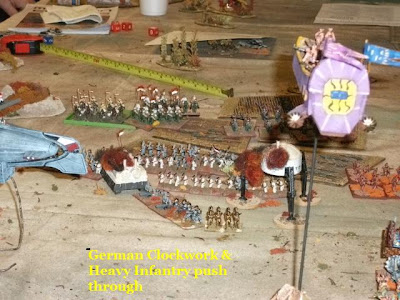 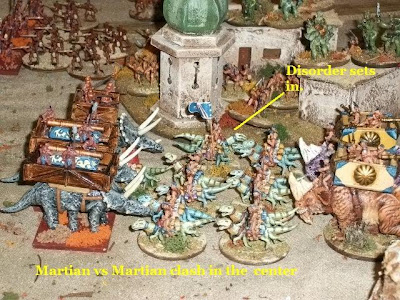 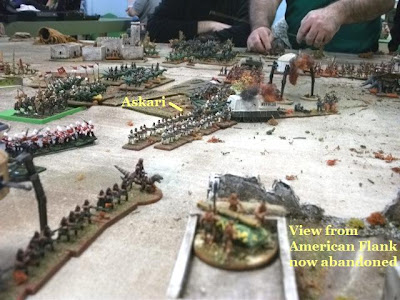 With the left flank gone and the center collapsing, Prince Tremel
unleashed his royal lancers in a desperate attempt to shatter
the Allied left. It was a valiant try but the fierce Green tribesmen held firm and
and shattered the lancers, pursuing them to the very walls of the fort. 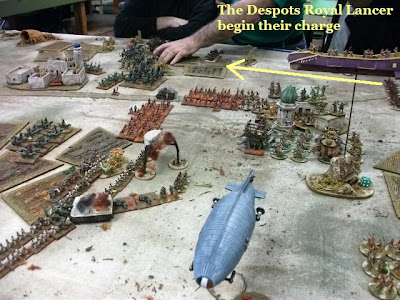 The Despot called his renegades together and mounted his sky-galleon.
'Until next time!'

Our armies our getting to big for the table,
looks like the next game will be several linked battles.
Posted by Mike at 10:33 AM